Apple’s latest presentation focused on their brand-new WWDC keynote, leaving many iOS users baffled, as they expected to hear more about the features of the new operating system. There are at least 10 iOS 7 features left uncovered, and those who want to learn more about them will definitely enjoy reading this article. Considering that system improvements are not flashy features, they tend to be overlooked during presentations. However, the new iOS 7 have proven to be rather surprising with its hidden gems.

This amazing nugget was allotted considerable time during the presentation, as Craig Federighi (Senior Vice President of Software Engineering) took some time to mention a few of its virtues. These calls allow you to voice-chat with your friends and family using the Wi-Fi connection. The great part is that you don’t need to make a phone plan to make a call. Apple is probably looking forward to implementing this interesting feature over LTE and 4G networks, although several cellular providers will definitely have some objections.

While other versions of iOS featured software support only for the accelerometer and gyroscope, iOS 7 has been provided with the latest technology of 3D space-tracking: an inclinometer. In case you’re wondering what this inclinometer does, you should know that its basic goal is to measure slope/tilt angles related to gravity. This means that you should expect to see more and more apps designed to function not only with side to side movements, but also with up and down ones.

iOS 7 will be provided with the ability to dismiss all notification syncs between a device and a computer if you already dismissed it. This feature is great taking into account that many users were complaining about the presence of too many notification syncs. Besides, the Notification Center will be provided with a Today Pane inspired by Google Now where you will have the chance to see an overview of your daily activities in natural language. In other words, you will no longer be showed a ticker of the activities that are present in your calendar, since your iPhone will provide you with a short paragraph to describe your daily activities.

This feature was briefly mentioned during the latest presentation. Activation Lock prevents iPhone users from having their devices stolen, as it doesn’t allow thieves to use them neither for making changes and selling them, nor for themselves.

Thanks to the Activation Lock feature, you can remote wipe your iPhone whenever you lose it. Once you’ve done this, the phone will be stuck in Lost Mode. The lock screen message won’t disappear and whenever someone resets the phone in an attempt to use it, he/she will be required to type your personal iCloud details, including username and password. As a result, you are advised to make sure that your iCloud passwords cannot be guessed to easily.

These features haven’t been described yet, but rumor has it that iOS 7 will be provided with an enhanced additional feature slide that will allow people to enter iTunes and download all kinds of TV shows as soon as they become available.

In case you missed the presentation, you will be happy to find out that iOS 7 will no longer ask you to update your apps manually. Instead, they will download on their own in the background. However, Apple didn’t mention whether this feature can be turned off. Let’s hope it can, as there are many users who prefer updating their apps manually in order to make sure that the new versions aren’t buggy.

This feature seeks for Wi-Fi subscriber services on its own and joins them whenever you happen to be in that area. In other words, this feature should provide you with fewer bandwidth constraints and faster Internet access.

The company’s support for AirDrop is very attractive when it comes to iOS 7, as it allows you to transfer photos to friends that are located nearby over Bluetooth or Wi-Fi, without having to deal with physical bumps, unnecessary emails and wires. Besides, according to the official Apple website, this feature will also allow you to send contacts and Passbook passes.

Maps will be provided with a new interface, as well as with a number of interesting features. For example, users who enjoy walking will benefit from turn-by-turn directions. Plus, those who are tired of having to adjust the phone brightness whenever they use it as nighttime navigator will enjoy the Night Mode feature. 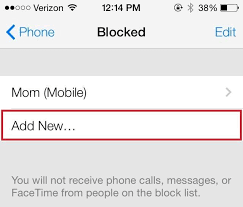 This feature is definitely going to make many users happy. Are you tired of being called and messaged repeatedly by people you don’t want to talk to? The new iOS 7 will put an end to this problem, as this feature will allow users to block both phone numbers and email addresses. 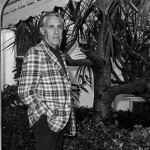 Author Bio: The article is written by Jason Phillips. He is a professional blogger who likes to blog about latest gaming technology and gadgets. He also works as a game designer at the site Tom and Jerry Games 365.